Canine Cancer: Hemangiosarcoma, What Is It? How It's Treated and What to Expect 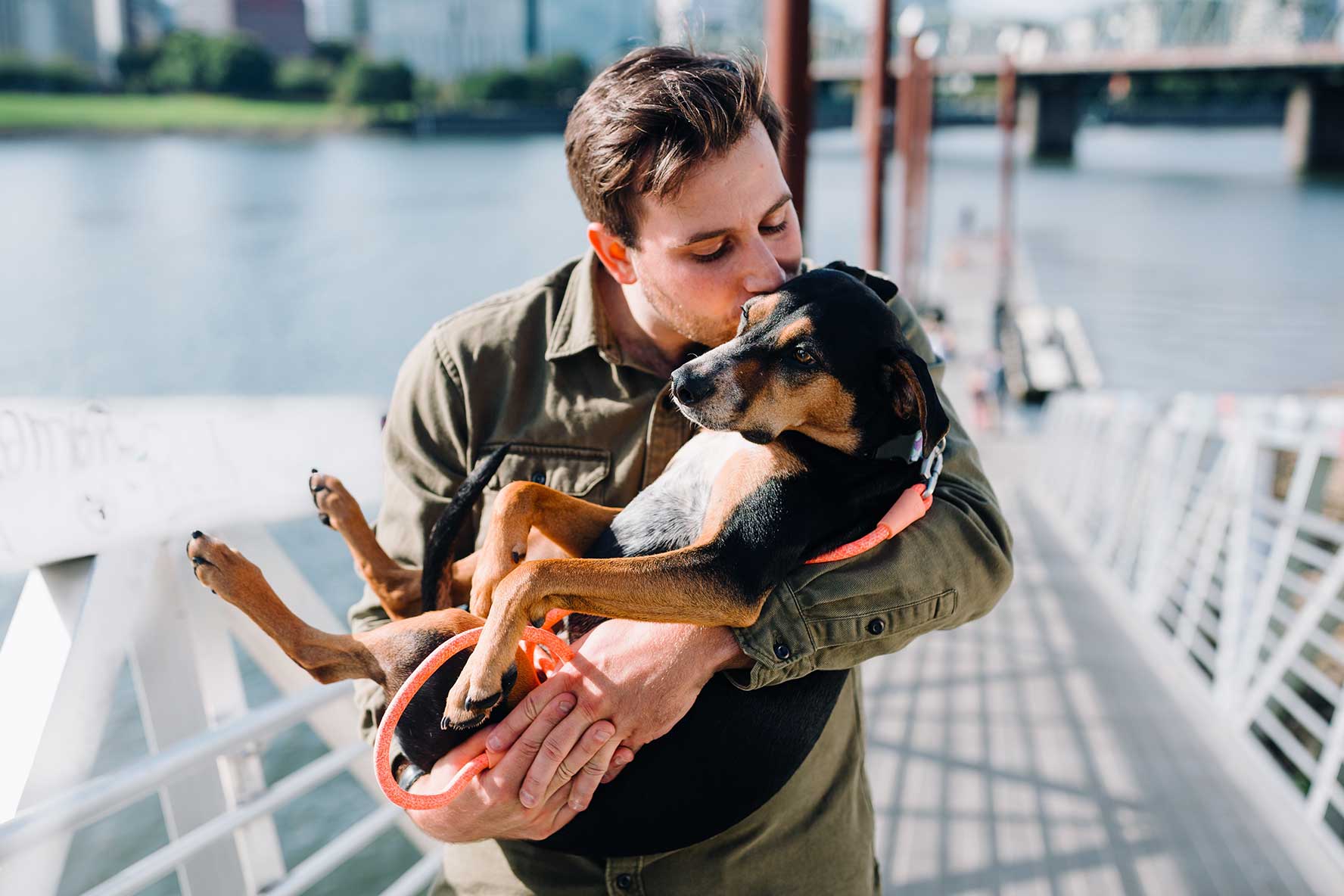 There are so many different ways that cancer can present itself in your dog’s body. While we might wish to never worry about the terrible disease affecting our furry friends, the 1-in-4 statistics show that chances are quite high that your pet might be one of the unlucky pups to develop cancer.

It never hurts to have some understanding of what your pup is up against, and in this post we’ll cover one of the more common causes of canine cancer making up for 5-7% of all canine tumors.1

Inside of the body, blood vessels and the interior of the heart are lined with endothelial cells. These create a thin membrane around the vessels and the rest of the cardiovascular system. This membrane is important because it controls several necessary functions of the cardiovascular system, including immune function and platelet adhesion, blood clotting, and vascular relaxation and contraction.2

Hemangiosarcoma affects the endothelial cells, causing tumors commonly in the spleen, liver, right atrium of the heart, and skin. However, tumors from hemangiosarcoma can appear anywhere on the body.3

Because it impacts such an important part of the body’s functions and is usually diagnosed at late stages, at this time hemangiosarcoma is incurable.

Like many other cancers, heritability is often something to consider. There are some breeds that are more likely to develop hemangiosarcoma at some time in their lives, though typically from middle to senior ages.2

Some breeds with a predisposition to developing Hemangiosarcoma are Golden Retrievers, German Shepherds, Portuguese Water Dogs, Bernese Mountain Dogs, Flat Coated Retrievers, Boxers, Skye Terriers, Doberman Pinschers, English Setters, and more that don’t have numbers representing in the same volume as these breeds. However, any breed can be affected.4

There is the likelihood that ultraviolet light exposure can increase the risk of development in dogs with lightly pigmented skin and short fur.

Any dogs that show an abnormal gene expression or abnormal development of new blood vessels earlier on in their life also often have an increased risk of developing Hemangiosarcoma later in life.3


How Hemangiosarcoma is diagnosed

Unfortunately, hemangiosarcoma does not currently have an early diagnosis method. There are several tests that can be performed that may point in the general direction of hemangiosarcoma, but none of them are specific enough to divulge results that point to this particular cancer.

Most diagnoses for dogs with hemangiosarcoma come from a combination of ultrasound tests and biopsies of tumor flesh. The ultrasound is able to create a moderately specific image that will help to narrow the veterinarian's suspicions, at which point a biopsy will be done to confirm imaging results and provide a diagnosis. These tests need to be done in pairs because the ultrasound doesn’t have the sensitivity to identify a mutation in the cells accurately, but in tandem with the biopsy, there is significantly less room for misdiagnosis.2

Unfortunately, in order for a tumor to be properly captured by an ultrasound image, it needs to be quite large, at which point the cancer would be well developed. It is for this reason that hemangiosarcoma cannot be seen or diagnosed at an early stage.2

Other useful tools for diagnosing Hemangiosarcoma include x-rays, CT scans, surgery, and blood tests. In some cases, several of these are required to confidently diagnose a dog.3


What are common signs and symptoms of Hemangiosarcoma?

Common symptoms of hemangiosarcoma are often associated with many different forms of canine illnesses. Keeping tabs on your dog and how they are acting will always be a good defense on whether or not they are feeling well.

For dogs with internal or visceral hemangiosarcoma, the most typical thing you’ll notice is signs of blood loss. Your dog may seem weaker, lose interest in playing or walking, and show signs of lethargy. Some dogs lose the coloring in their gums, with the typical pinkish color either becoming paler or even turning white. Your dog could lose interest in exercise and food and may have a difficult time breathing regularly.4

For dogs with cutaneous hemangiosarcoma—the kind that shows itself on the skin, typically as a tumor—their symptoms may be less severe in behavior and more noticeable in the presence of the mass on or under their skin. Dogs that are more likely to have external hemangiosarcoma are those that have light-colored skin and fur and spend ample time outdoors in the sun.5

External hemangiosarcoma is typically seen as a red to purple colored bump, anywhere from the size of a pea (about 1cm) to the size of a fist (or larger, though most pet parents take note of the growth before it gets to that size). The mass can be soft or firm to the touch and can mimic many other types of lumps on dogs. It’s impossible to know by touch or appearance whether a lump is cancerous or not.4


How is Hemangiosarcoma treated?

Due to the difficulty in diagnosing hemangiosarcoma in its early stages, the options for treatment are limited. The standard treatment often comes before the initial diagnosis is completed by surgically removing the main tumor whenever possible. Whenever a suspicious tumor presents itself and a vet believes that it may be malicious, the standard procedure will often be to just surgically remove it; after the removal, a biopsy will then be done to determine the tumor's cause and diagnose the patient.2

Although the most noticeable part—the tumor—has been removed, the threat of cancer remains even after your dog returns to looking and acting more normal. While surgery can be enough to improve your pet's quality of life, in many cases cancer has likely spread to other parts of their body, and they will need to undergo chemotherapy protocols to further reduce the threat.3 The most common chemotherapy protocols involve the use of doxorubicin (either as a single agent or combination protocol).

Unfortunately, advanced canine cancer is an incurable disease, and it is important to know that chemotherapy treatments are not designed to rid your pet of hemangiosarcoma but rather to improve their quality of life and maintain their health after surgery.


The future for Canine Hemangiosarcoma treatment

It’s hard to be hopeful when there is no way to confidently say your pet will survive a diagnosis of this particular cancer. Fortunately, there are several studies being performed around the world of different, more modern approaches to the disease.4

As technology advances, so do medical treatments—for our pets as well as for us. As more veterinary medicine colleges and universities continue researching and discovering, there are more reasons to hope than in the past. Though it may not be helpful now, in the future there will always be a chance that the same cancer could rear its ugly head but because of the research being done now, there will be more options and more time to spend with your pooch.


ImpriMed did it for canine lymphoma, after all. 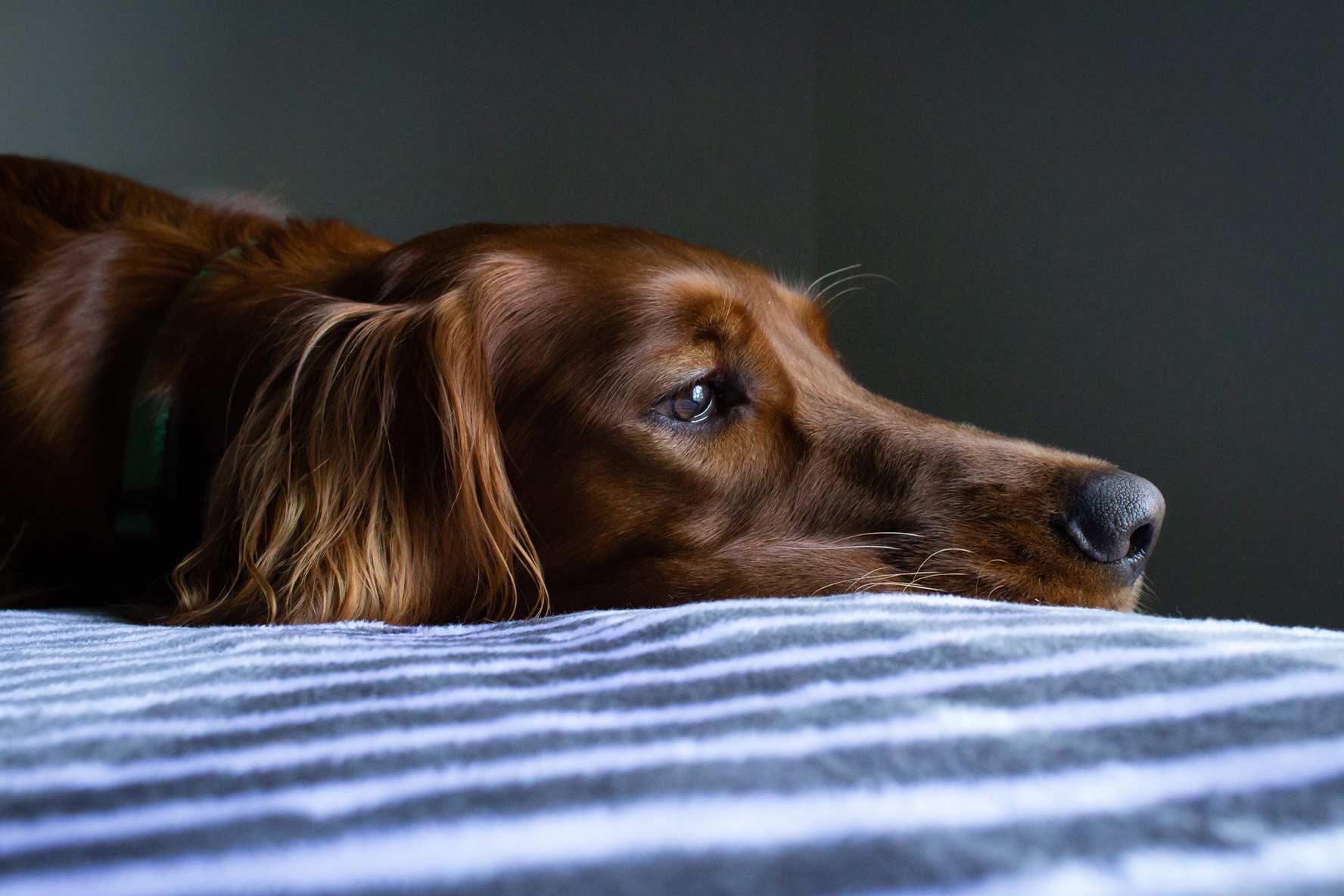 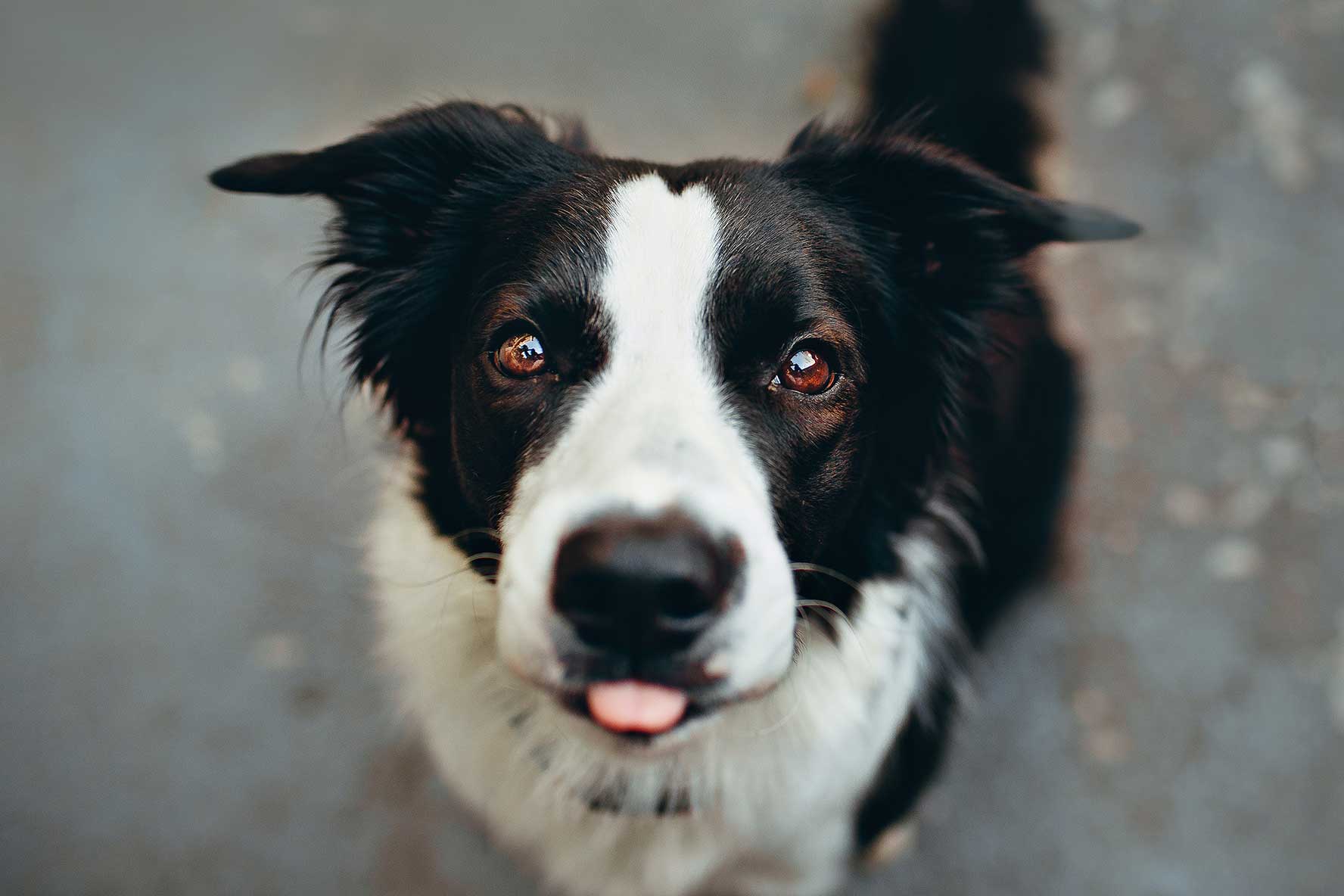 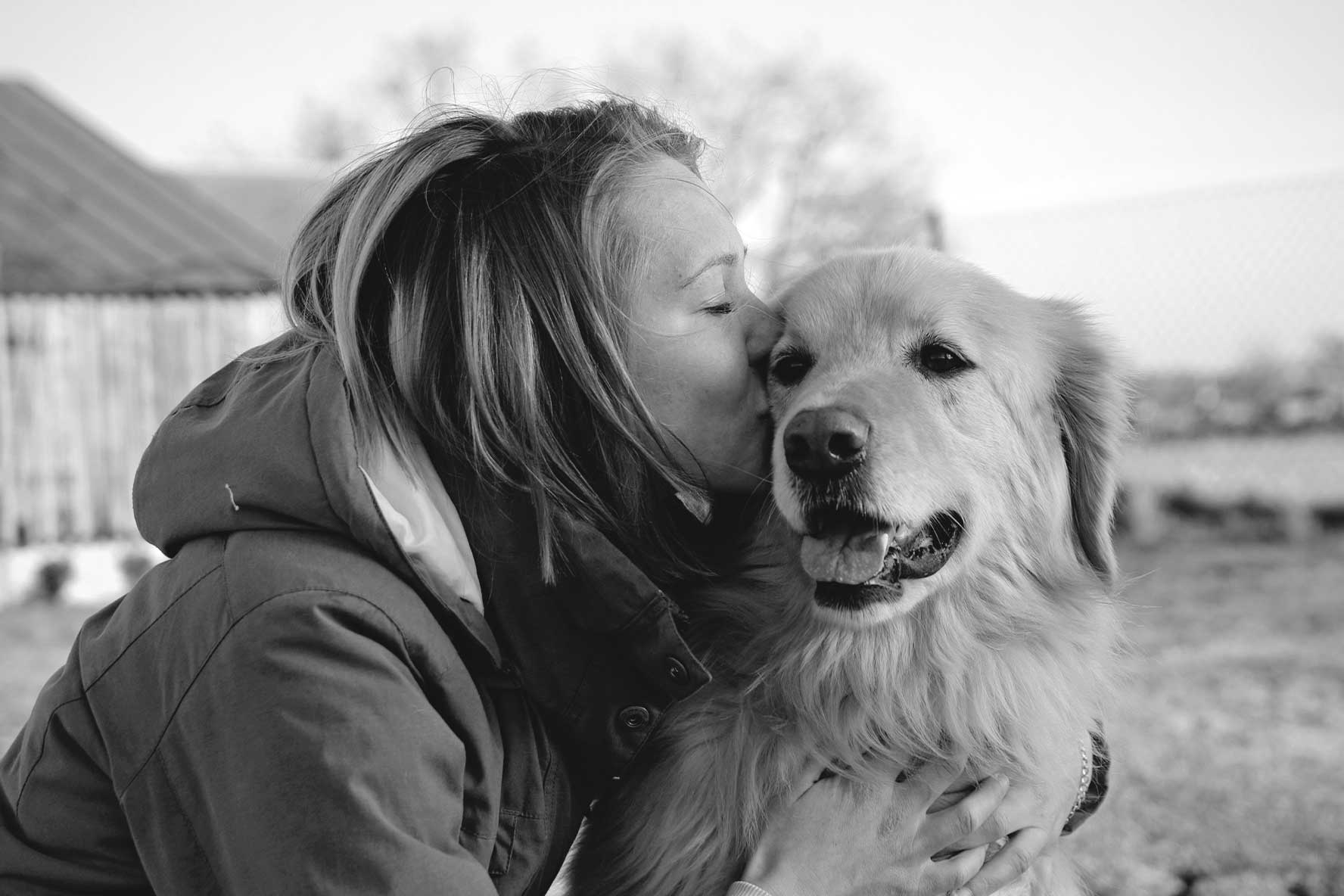