What Does It Mean? Testing and Treatment of Canine Lymphoma Vocabulary 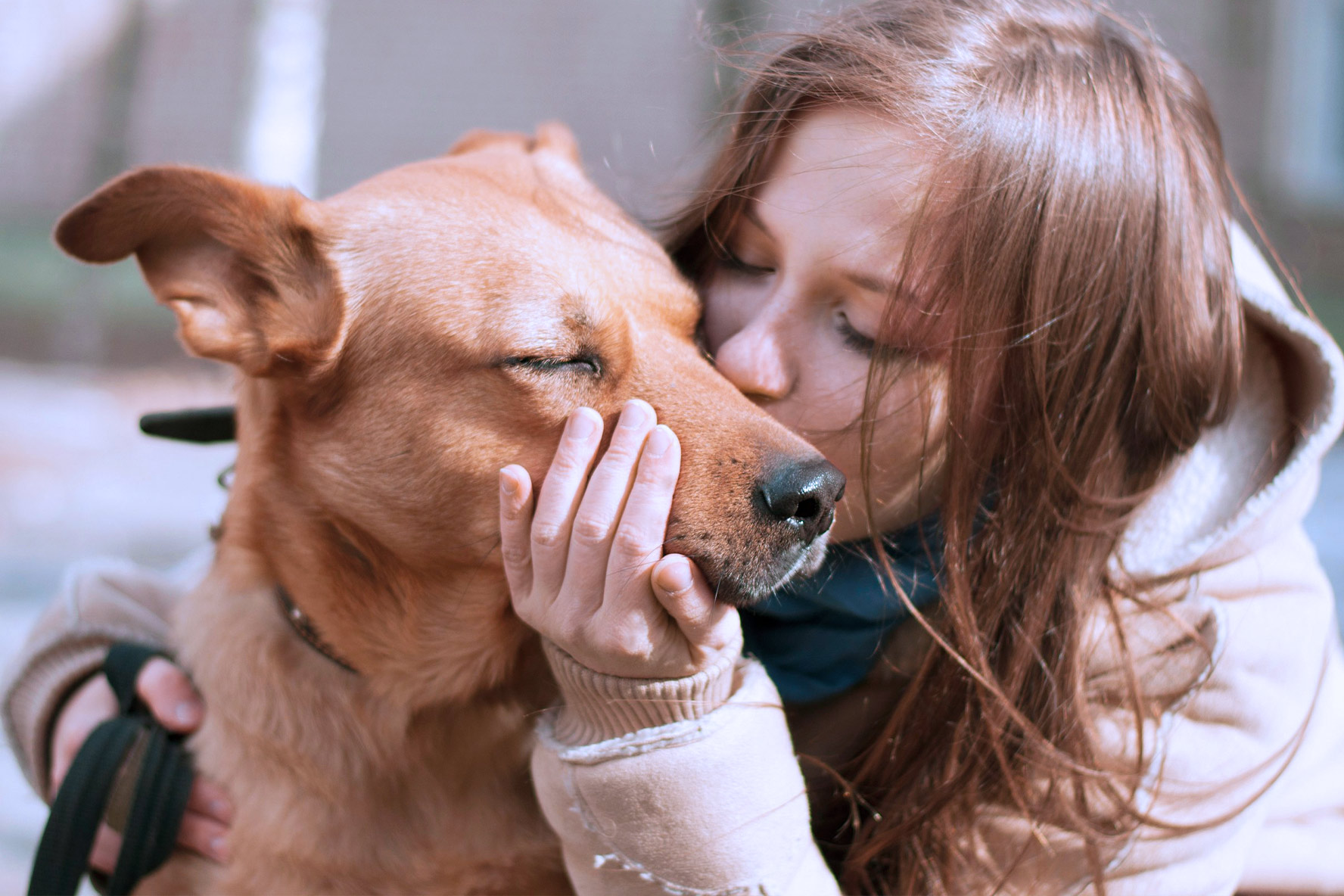 Knowledge is power and having the vocabulary at your dispense can be the difference between feeling confident in your treatment choices and worrying through them.

And of course, there are links to our posts that clarify further on the topics so if you have more questions we can answer them there.

This is a type of test that is performed to identify cell types. It allows your oncologist to know if the cells they’re working with are cancerous or neoplastic, or neither in a given sample.

This is a specific immunological test that uses a device called a flow cytometer to read the number, size, and other factors of cells in a sample from an affected part of the body. This test can determine what kind of lymphoma(B- or T-cell) a patient has.

This is a molecular test that amplifies DNA from a sample and looks for regions of B-cell or T-cell receptors. The test is read by looking for a peak or band that shows whether the sample is cancerous and if it is a B- or T-cell variant.

This is a method of gathering cells to be tested outside of the body with minimal stress or trauma. A small needle is inserted into an affected lymph node and pulls cells out to be tested and identified under a microscope.

This is a method of gathering samples of tissue or cells to be looked at by a doctor to identify if there are any signs of disease and what kind.

This is a much higher-tech version of an x-ray. It takes multiple images from around the body to combine into “slices” of bones, blood, vessels, and tissue inside the body. This is used to identify if there are any signs of lymphoma in your pet’s internal organs and is usually used with another form of a cell identification test.

These are good for more than just checking on the status of a baby. The technology uses vibrations, like sound, to bounce off internal structures and create an image. It can be used to identify if there are any growths inside the body, like a swollen lymph node on the spleen or liver of a canine lymphoma patient.

This is a way of studying the development of a disease in the cells by performing a microscopic examination on the cells. This study helps to diagnose what’s going on in the sample tissue and helps develop plans for treatment.

This is a technique that identifies the type of cancer cells. It uses antibodies to detect antigen markers on the cells’ surfaces and locate where the cells came from and what they are doing in the body.

This is a precision medicine test that was developed by ImpriMed to combine traditional methods of diagnosing with artificial intelligence to come up with the best treatment possible for your pet’s specific case. The test is able to take cells that were sent by your veterinary oncologist and test them against 300 different combinations and quantities of chemotherapy drugs to see which would bring out the best results for your pet, as well as the longest remission time.

These are ImpriMed’s proprietary transport media that keeps cancer cells alive. There is no other technology that is as effective as ImpriMed’s transport tubes. The hardest part about sending information to another lab is keeping the cells alive for testing; our special solution is able to maintain the cells for the time that it takes to get them shipped to our lab so that we can test as many chemotherapy drugs on the cancer cells as possible. To learn more about the way testing works to diagnose lymphoma or more about ImpriMed’s system take a look at our post on the future of testing for lymphoma.

Usually, chemotherapy is considered the most effective treatment for canine lymphoma. This is a treatment that uses drugs that either stop or slow the growth of the cancerous cells, it has much stronger side effects on humans than it does on canines, so it is a great option for treating canine lymphoma.

This is a way of providing a patient with an incurable or life-altering disease the most comfortable life possible. It’s different from hospice care because patients don’t need to be near the end of their life to be put into palliative care.

This term refers to a more customized medicine practice. Rather than identifying a general treatment that may work for your pet’s case, this is the process of giving the specific combination of medicines that will give the best results for your pet individually.

This is the development of a computer system to be able to perform tasks that would normally take a human’s touch specifically and make it a faster process. In ImpriMed’s case, the artificial intelligence runs through the results of their advanced anti-cancer drug response prediction and compiles that with all of the data that ImpriMed has collected over time into a personalized prediction profile that lets you and your veterinary oncologist know what is the best treatment plan.

This is a common steroid drug given to dogs with inflammation or immune system problems. Lymphoma, being a cancer of the immune system, can fall under the category of an immune problem. This drug can be a cost-effective method of treatment if your dog is in the right stage and type of lymphoma.

This is an alkylating drug that alters how cancerous DNA and RNA strands can be produced. It works well in combination with a variation of prednisone.

This is one of the more versatile chemotherapy drugs, it is effective in both a single-agent and multiagent treatment and is commonly effective on B-cell lymphomas.

This is the first drug listed in the CHOP and COP protocols. It works to stop the growth of cancer cells by damaging the DNA and RNA that tells the cells how to divide.

This is a drug that suppresses the body’s immune system during the period of treatment. It helps stop the spread of lymphoma because the cancerous cells are taking advantage of the immune system.

This is a drug that works by mimicking a DNA block in the cancerous DNA and the replacement of the block causes the cells not to be able to divide into more cancer cells.

This is another option for a drug that is used to limit the body’s immune system during treatment.

This is an alkylating agent that stops the reproduction of DNA and RNA, stopping the division and killing the cancerous cells in the process.

This is a drug that is commonly combined with others to stop the progression of cancers like lymphoma. It is considered an antineoplastic agent, which means it works against the development of tumors.

This is a very popular antineoplastic agent that is commonly sold under the brand name Oncovin, it is a major factor in many common multiagent treatments like CHOP, COP, LOPP, and MOPP.

This is an enzyme that is able to shut down a naturally occurring enzyme in the body that feeds cancer cells with energy. By shutting the energy source down, a large portion of cancerous cells die off.

This is an alkylating agent that can act as a single agent or a piece of a multiagent treatment. It is very common to give to T-cell lymphoma cases, especially for cutaneous lymphomas.

This treatment is often called the “gold standard” of chemotherapy treatment, this is a multiagent chemotherapy plan that uses 4 different drugs: Cyclophosphamide, Doxorubicin Hydrochloride, Vincristine sulfate, and Prednisone. CHOP has the best history of successful treatment, bringing most patients into remission.

This is a variant of the CHOP protocol, it removes one of the drugs, Doxorubicin. This particular protocol is useful for B-cell lymphoma.

This can be considered the T-cell equivalent of the CHOP profile. It uses Loumstine, Vincristine, Prednisolone, and Procarbazine. This protocol is very effective for T-cell lymphomas, which tend to be slightly more aggressive.

This protocol is usually considered as a rescue treatment for patients that have relapsed. It is a multiagent treatment consisting of Mustargen, Vincristine, Prednisone, and Procarbazine. The treatment is taken in 3-week cycles and has a good rate for bringing relapsed patients into their second remission.

This is a drug that originated from treating human lymphoma cases. It works well in combination with either Doxorubicin or CCNU in relapsed B- or T-cell lymphoma cases, respectively. 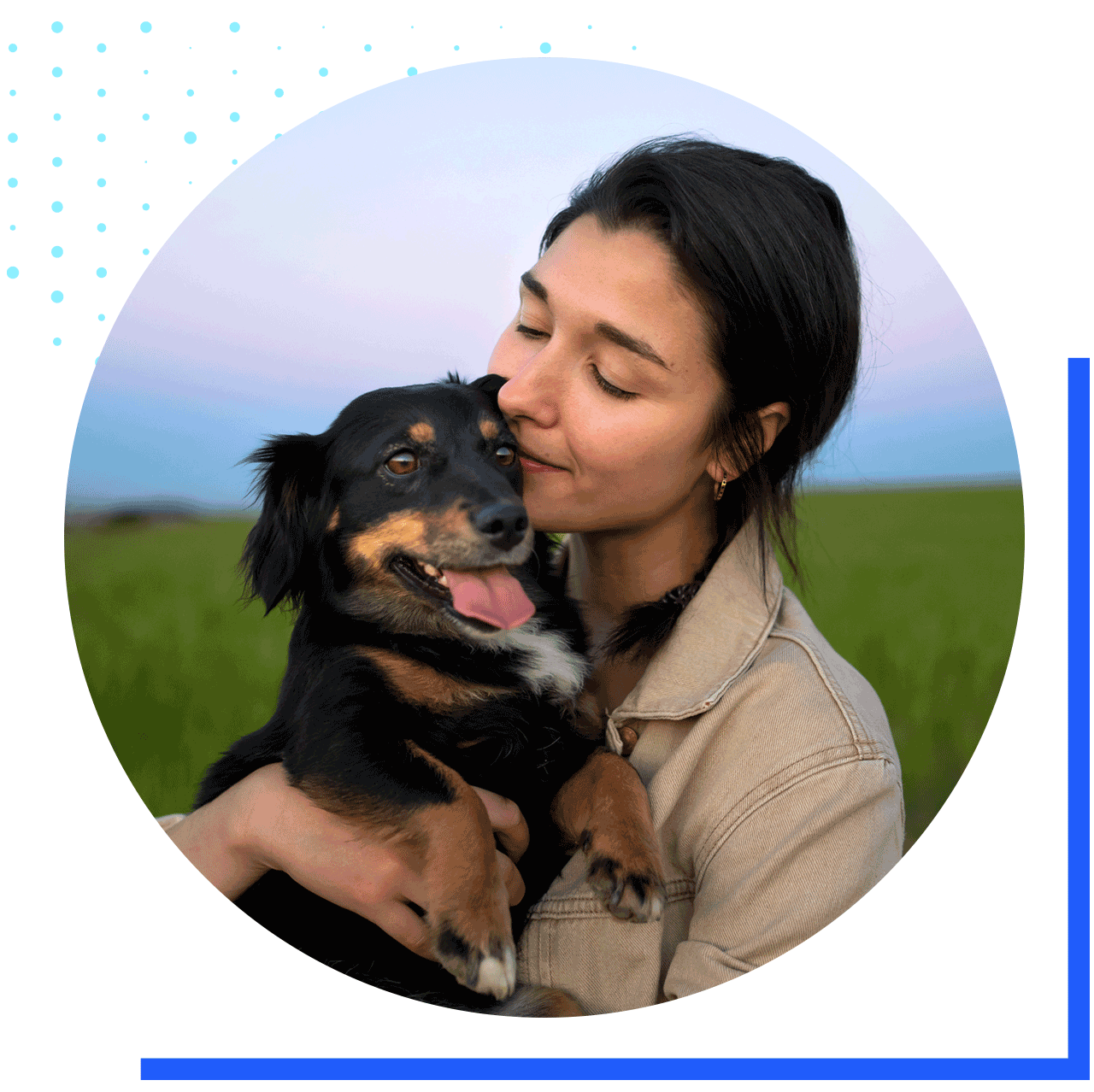 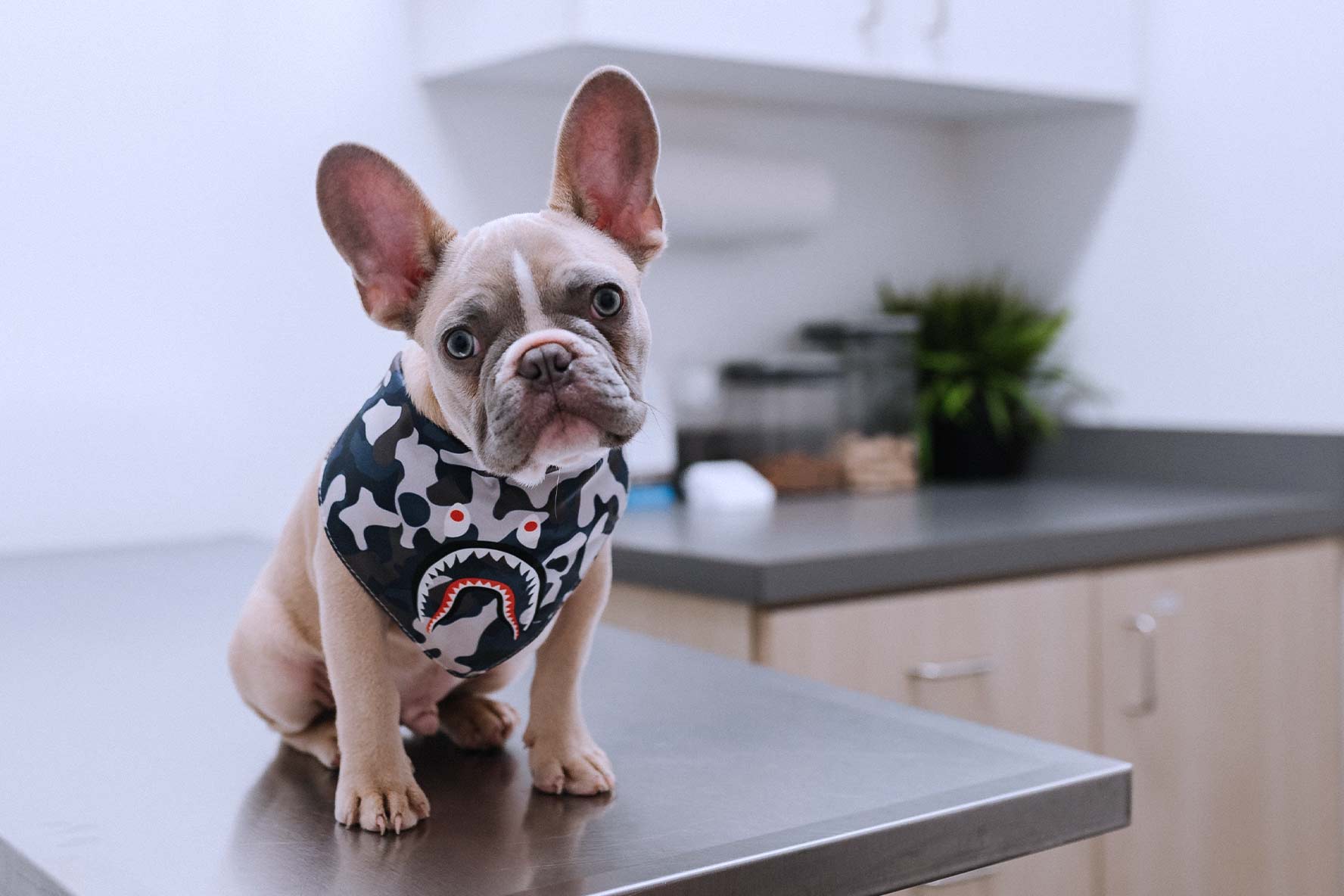 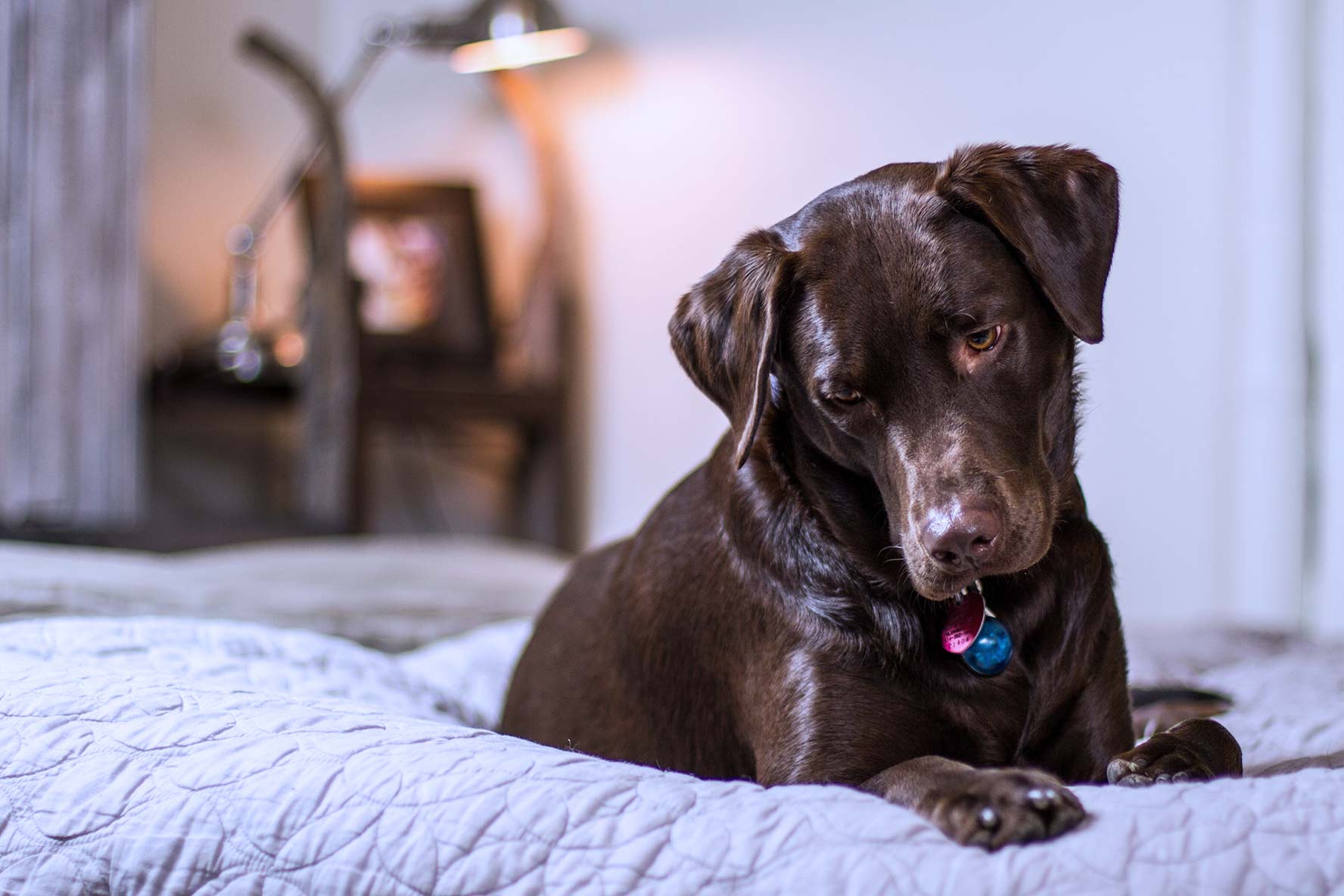 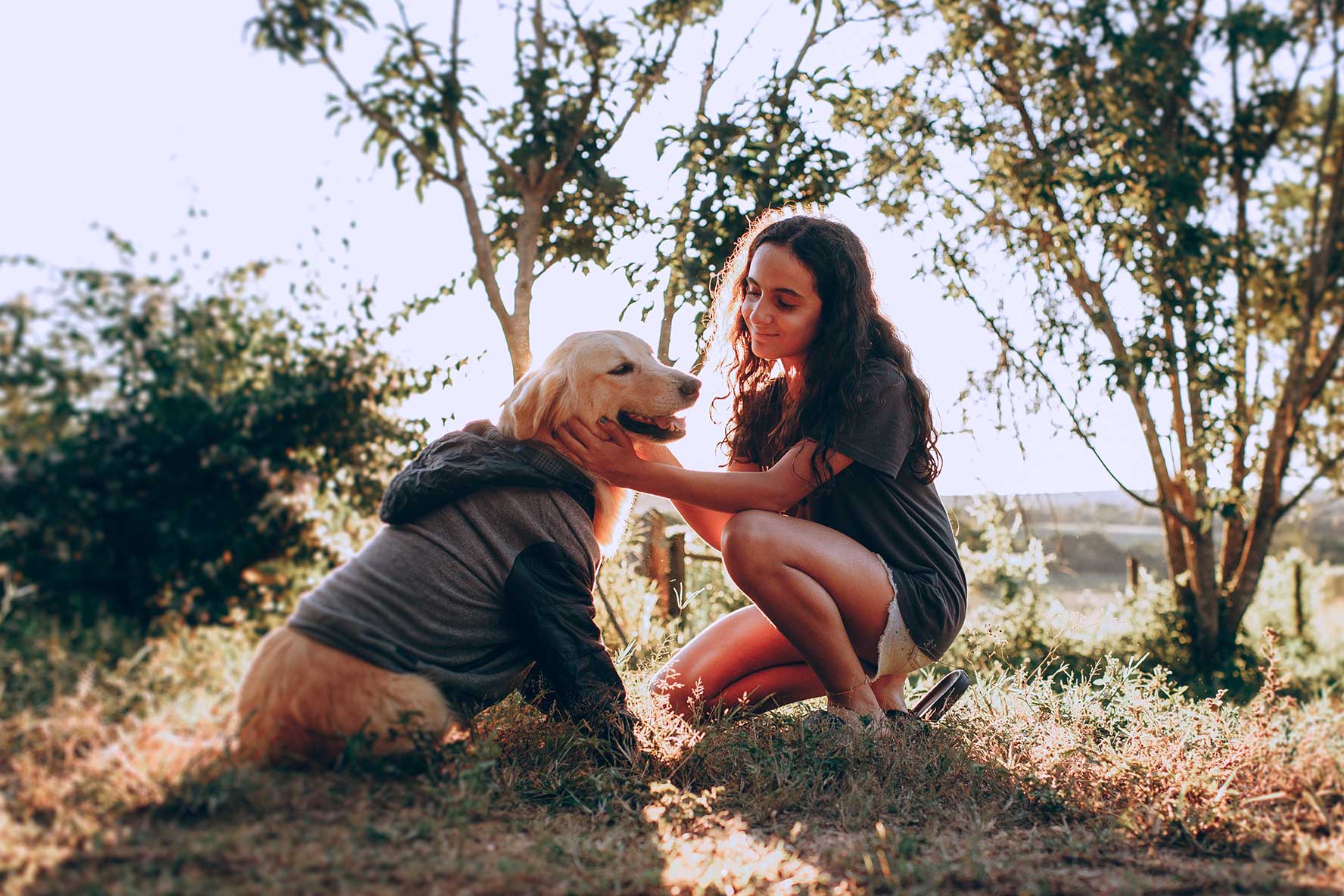